The journey of Bina Nusantara University began on October 21, 1974. It originated from a short-term course named Modern Computer Course, which then expanded because of its strong foundation and comprehensive vision.

Due to the high demand and its rapid development, on July 1, 1981, Modern Computer Course had developed into ‘Akademi Teknik Komputer (ATK)’ or Computer Technical Academy with ‘Manajemen Informatika’ or Informatics Management as the first major.

The ATK obtained registered on July 13, 1984 and a year after that, exactly on July 1, 1985, the institution changed into AMIK Jakarta. On September 21, 1985, AMIK Jakarta changed its name into AMIK Bina Nusantara.

AMIK Bina Nusantara recorded a remarkable achievement in its relatively young age when it was chosen as the best Computer Academy by The Ministry of Education and Culture through The Higher Education Board District III on March 17, 1986. The need for professional workers in the Information Technology area drove AMIK further into development, and on July 1, 1986 it was officially listed as ‘Sekolah Tinggi Manajemen Informatika dan Komputer (STMIK)’ or Institute of Information Management and Computer Science Bina Nusantara.

On November 9, 1987, a merger between AMIK Bina Nusantara and STMIK Bina Nusantara took place. The institution conducted Diploma (D-3) and Undergraduate (S-1) programs. An accreditation status of ‘Disamakan’ or ‘Equalized’ for all majors and levels was earned on March 18, 1992. On the next year, STMIK Bina Nusantara opened the first Masters (S-2) Program in Information System Management in Indonesia. The program was officially listed on May 10, 1993.

However, UBINUS did not stop there. It is continually expanding their reach on educational areas. On April 20, 2007, Bina Nusantara University added Faculty of Psychology (Fakultas Psikologi) and Faculty of Communication & Multimedia (Fakultas Komunikasi dan Multimedia) in their midst.

On September 7, 2011, UBINUS performed another structural change in the organization. Some of the changes are: 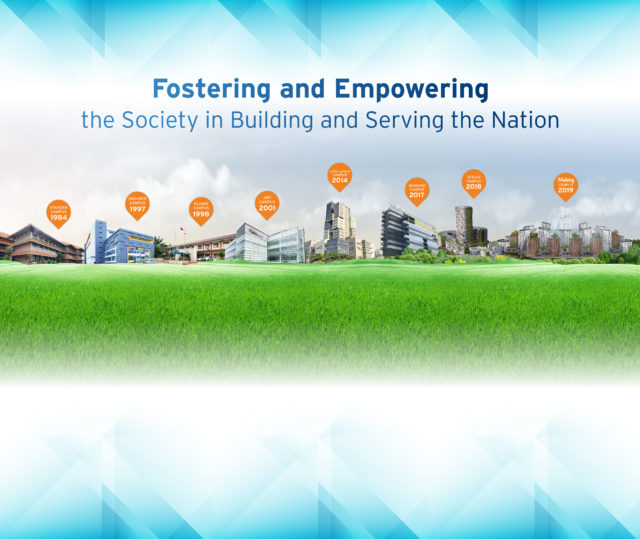