Once again, BINUS UNIVERSITY Choir “PARAMABIRA” triumphed on the 51st International Competition of Choral Singing “Seghizzi” which was held on July 9-16, 2012, in Italy.

This is an annual event organized by Associazione Corale Goriziana “C.A. Seghizzi”. 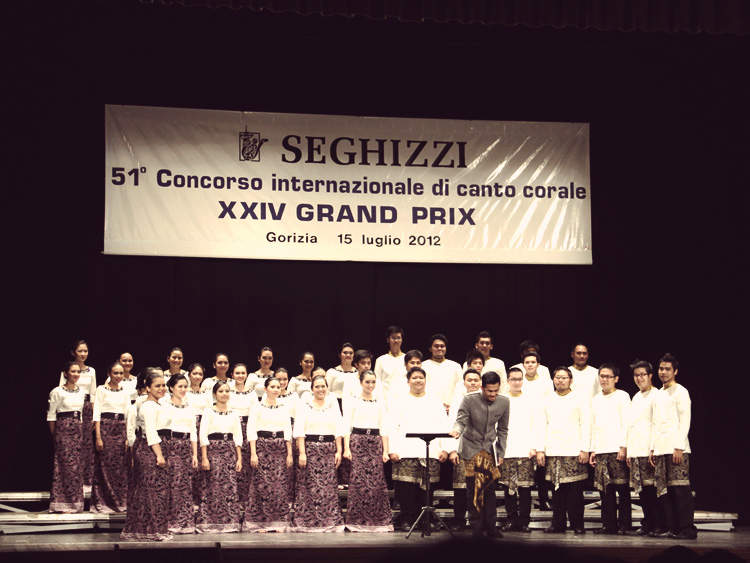 In this competition, Paramabira won on several categories. They won the first place on 1a- Renaissance category, second place on 1c- 19th Century category and fourth place on -20th century to present category. 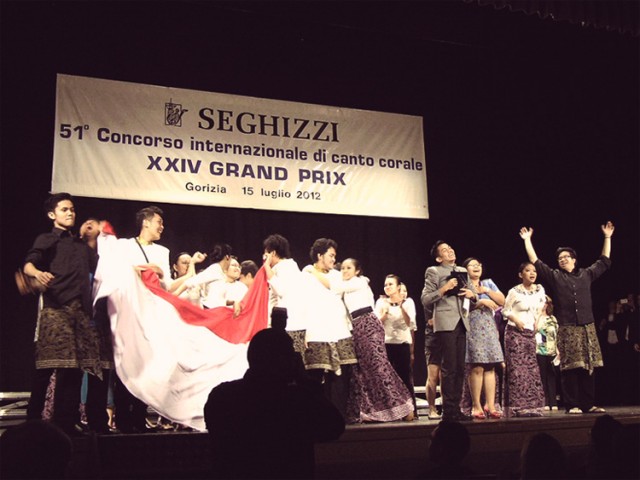 In addition, Paramabira also became the Grand Champion on the Grand Prix Seghizzi 2012. “Paramabira’s victory on this competition is because we are supported by BINUS UNIVERSITY,” Cherry explained on her short message. (DL)