Organized by International Peace Foundation and BINUS University as part of the 7th ASEAN event series “Bridges – Dialogues Towards a Culture of Peace”.

BRIDGES Dialogues Towards a Culture of Peace

Abstract of keynote speech: In all economies, whether market oriented or centrally governed, the way they become more prosperous in the long run, with opportunity for lower poverty levels, is basically the same: the development of steadily higher productivity, combined with growing productive capacity to take advantage of the productivity increase. This talk will revolve around a major problem facing market economies, a problem pointed out in scientific work cited by the Nobel committee as justification for Prof. Finn Kydland’s prize. The problem is referred to as “time inconsistency of optimal government policy”. It suggests the need for a commitment mechanism to ensure that good economic policy is pursued consistently over time. Without such a commitment, a prediction is that economic policy becomes short-run oriented, missing the benefit of the long-run consistency needed for sustainable growth and resulting in unnecessarily low welfare for the nation’s citizens and sometimes disruptions to peace. Since the financial crisis in 2008-09 this problem has become much more acute in large parts of the world, with the business environment characterized by an extent of uncertainty that is unprecedented over the past several decades. The main reason is lack of clarity in economic policy making. In market economies, in order to be properly informed and well founded, important growth-promoting decisions, such as innovative activity, investment in new productive capacity, choice of new markets, and so on, require an assessment – an expectation – of the policy environment years into the future. Important policy dimensions are tax policy, extent of trade restrictions, and the regulatory environment in general. Based on the above-mentioned economic theory the increase in policy uncertainty was quite predictable. The talk will expound on the fundamental theoretical reasons. Contexts from various parts of the world will be used as illustrations, as significant differences in what has evolved across nations makes it all the more likely that elements of their respective economic policies have been sources of troublesome outcomes. 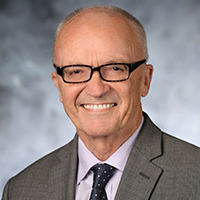 Host Esteemed Nobel Laureate in Economics Prof. Finn Erling Kydland is an economist, born in Norway. He studied a...