BSSC WONDER 2022 “Welcome to the Family” 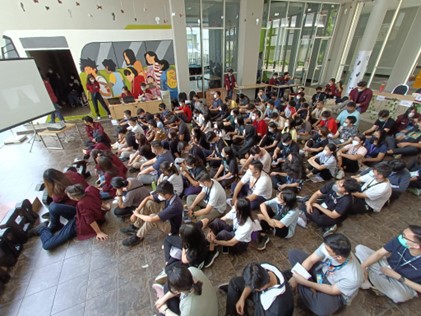 BSSC WONDER 2022 is an event held by BINUS Square Student Committee (BSSC) in BINUS Square. It is a welcoming party for the new boarders of BINUS Square, hence the name WONDER (Welcoming New Boarder). The term boarder is used to describe people that live in BINUS Square, a place to stay for BINUSIAN. “Welcome to the Family” is the theme for this year’s event, which means all new boarders are welcomed in the big family of BINUS Square boarders, using the concept of agents, making them as if they were agents assigned to missions. This event was divided into two batches. The first batch was held on 24 September 2022, and the second batch was held on 25 September 2022. There were a total of 162 participants, 91 in the first batch, and 71 in the second. All participants were assigned to groups that consisted of 8-10 members each group. It was around 9 hours total of activities for each batch, starting from 9 a.m to 6 p.m. This event aims to introduce new boarders to BINUS Square facilities and surroundings, introduce them to BSSC and other communities, and let them have more relations in BINUS Square.

BSSC WONDER 2022 mainly consisted of material presentations from the BINUS Square organization and communities and games sessions. There were a total of five presentations from BSSC, FARCO, Floor Coordinator, Mentor, and Academic Ambassador that represent their organizations or communities to explain their activities and benefits, hoping that new boarders will be interested to join their team. The five BINUS Square activists were also given a place on the back of the Exhibition Area, BINUS Square, to standby in case there were more questions from participants that were interested in their community. Next was the lunch session. In this session, participants were asked to use a plain t-shirt that was given from the registration stand to prepare for the game session. 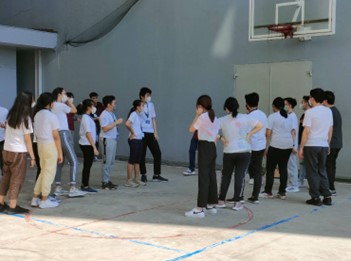 There were a total of 5 games, each with a unique name. The first one was called “Shoot the Target”. Two groups were competing against each other to shoot the chosen target with a colored water gun. The target had a piece of plain white paper on their back, and the other group’s objective was to stain the paper with colors from the water gun. It was all messy and fun. This game took place on the basketball court of BINUS Square. 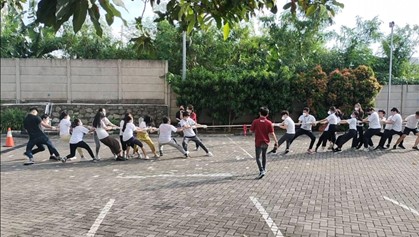 The next one was called “Who are Stronger”, where two groups compete in a tug of war, using a long and large rope. Like any other tug of war, the two groups gave their best to pull the rope until the red tie in the middle of the rope passed the mark on the floor. 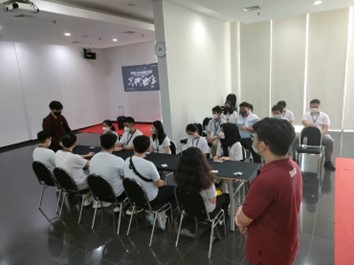 The third one was called “The Real Agent”. This was a card game, where there were 2 groups and each group would have a representation of 5 people. These 5 people of each group were given 2 cards each person with a random value of points written on the card. The two groups competed to claim the most points, helped by the Game Keeper to shuffle the cards among themselves with mini-games, like rock-paper-scissors. 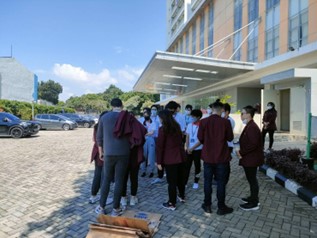 The next game was called “We are the Agent Family”. This was a team game, where two groups competed to go to a certain point of an area the fastest, but the twist was all members must not touch the ground at all and were given 5 meters of cardboard to move around. However, because of the excitement during the game, some cardboard was ripped, so the Game Keeper had to use alternative cardboard. 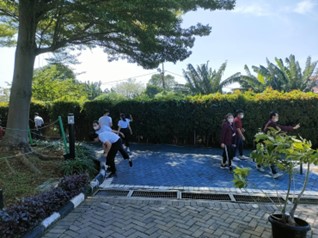 The final game was called “Find the Coin”, where two groups would compete to find and gather the most coins hidden in the game area. There were a total of 100 coins hidden, and they were only given a small amount of time to gather all the coins they could. The winner is the one with the most coins gathered. 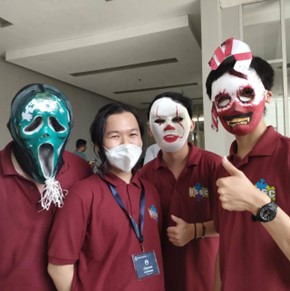 During the game session, there was one more twist. There was one person among each group that was assigned to be a “Secret Agent”, whose mission was to sabotage the team and complete their mission to win their own game. If the points of the Secret Agent combined are more than every single one of the group’s points, then the Secret Agent wins the game.

After the game session, it was time to announced the winner. The top 3 groups got prizes as a reward. To end the event, participants were directed to draw whatever they want on their friend’s t-shirt using markers and crayons. So by joining this event, participants were given some benefits, such as a t-shirt with memories from their friends, prizes, lunch, a lanyard, new relations, information about BINUS Square and its activists, and a fun time together.